When running the Expert Advisor, it will place two orders: in other words, it will create the first grid of orders, which lot size is increased in accordance with a “K_Lot”, and a distance between these orders is equal to the value of “Step” parameter.

Assume that the price is making pullbackless movements. The number of orders, which can be opened within the grid, has been limited by “MaxOrders”. As soon as the limit is reached, the Expert Advisor will open the second grid of orders in the same direction and with an initial lot size.

If there are more than two grids of orders opened in one direction, then every grid is, so to say, averaged by a subsequent grid. So, the Expert Advisor treats the whole grid as a separate position.

Settings of the Expert Advisor: 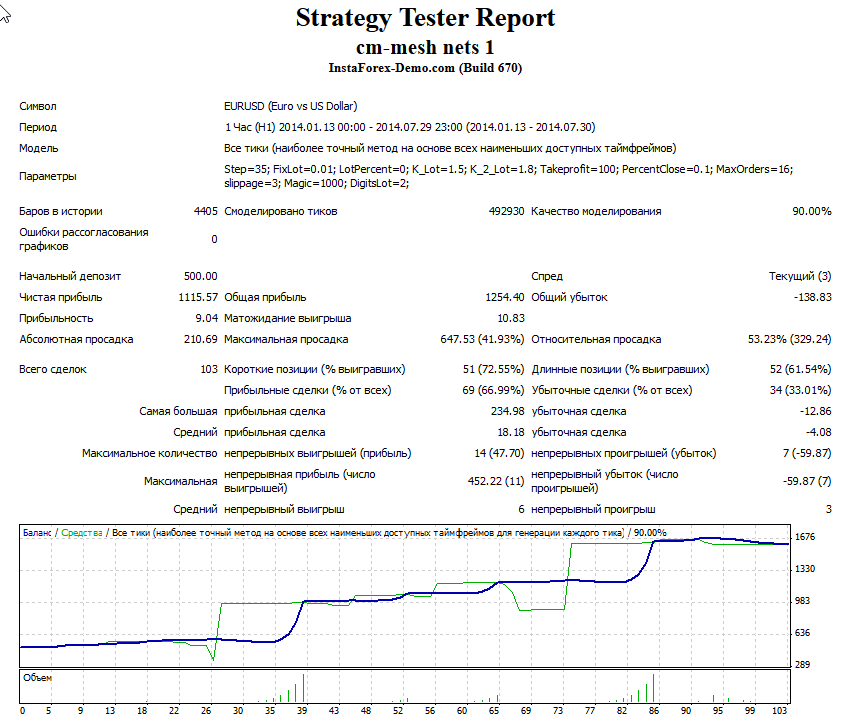 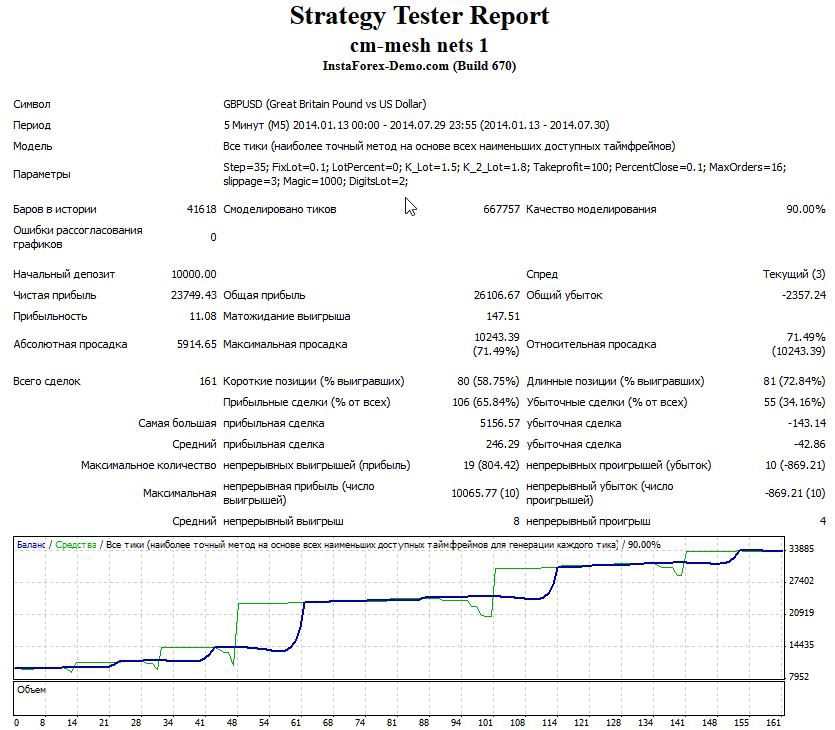 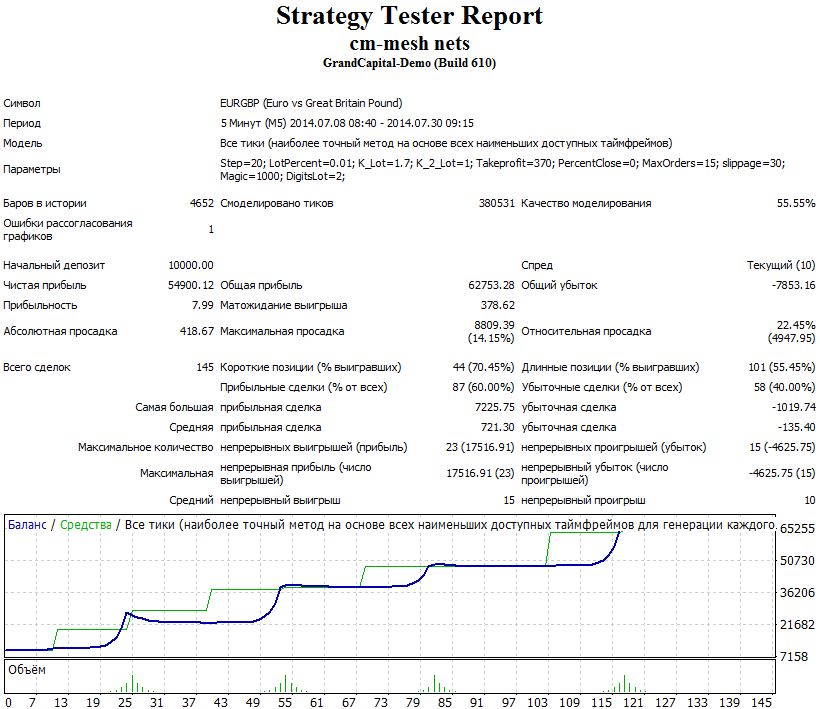 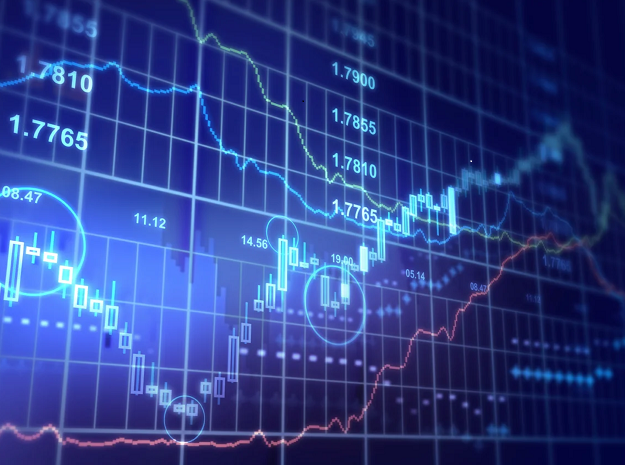 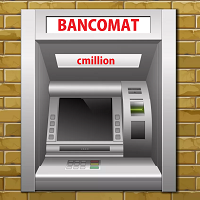