A trading system that combines many different strategies. The EA has several trading modes.
Modes for opening positions and pending orders.
Opening positions in the specified step.After the price passes the specified distance, 1 step up-sells, 1 step down-buys. Thus, a network appears that you close with your hands using the adviser’s buttons or give the profit to the adviser’s discretion by clicking the auto-trading buttons.

Opening a network of pending orders orders are opened depending on the settings.
You can set any combination of buystop sellstop buylimit and sellimit orders.In the Upper part, set the size of the corridor at which all orders are deleted. The corridor is considered only between buystop and sell stop orders, and only those closest to the price, I.e. between the lowest buystop and the highest sellstop. If you increase this corridor to the specified value, all orders will be closed if there are no open market positions. If this is set to “delete the network even if there is a market”, then the EA will close all.

Trading mode during the news,
set the distance from the price, 2 lines appear in the chart field, then set the time in seconds after which the adviser moves these lines behind the price.As soon as the price crosses the line, the EA opens a position (at this point, the opposite line stops moving).You can also set the step between orders in the settings. if the price continues to go further, the EA opens another position, i.e. creates a network based on the trend…Then everything is closed: either by profit, or by trawl, or by any other method that exists in the expert Advisor. If the price does not have time to close and turns around and opens orders in the opposite direction, then the overlap is activated.You can help the expert Advisor by moving the line with your hands.After opening a position, the lines are fixed and can only be moved by hand.Only buy positions are opened above the blue line, and only sell positions are opened below the red line.If the main parameters are set to ” open positions and against the trend=true” then positions are opened not only in the course of price movement, but also when the price is rolled back.

For example:The screenshot above shows a situation where the price goes up and 3 buy positions are opened sequentially, then the price rolls back down a step and the 4th buy position is opened. This 4 position can only be opened if this parameter is set to true.
Mode without opening new positions (only support for already opened positions)

this mode is designed to support “other people’s” positions opened by hands or other expert advisors.

In the expert Advisor, you can specify the levels between which positions can be opened. Levels are set separately for Buy and Sell positions.In the “from” field, set the lower price level, in the “to” field – the upper level. If it is specified to sell from 1.12345 to 1.15605, then only in this range will sales be made.

Closing positions with a profit trawl

If the corresponding auto buttons are pressed, the closing occurs automatically when the specified profit is reached. The profit is set in the input field (to the left of the auto button).

Transfer of open positions to no loss

When the specified profit is reached by the order, its stop loss is transferred to its opening price plus the profit specified in the settings. After the transfer to no loss and the price rollback, this position is already guaranteed to close at zero or at the specified plus.

You can specify the transfer to no loss and simultaneously the entire series of one direction buy or sell.

The trawl works in the beginning as a stop loss, but then as the profit increases, the stop loss follows the price in the direction of increasing the position’s profit. In addition to the length of the trawl and the minimum profit in points, you can also set the trawl step. This is the number of points through which the stop loss will move.

In this mode, the EA finds the most unprofitable long/short positions and tries to close them at the expense of the profit of other open positions. The overlap occurs on a counter, so in this case we also win a part of the spread.Buy Sell – choose which positions we are trying to close

In the loss field, specify the minimum loss in points so that the position with a smaller loss is not taken into account.} this button is used to close the farthest/closest buy together with the farthest/closest sell at once. I.e. when it is pressed, we calculate the loss from two directions at once and close it with this in mind.Qty – how many unprofitable positions to close

Start – with what profit in the Deposit currency the trawl starts

All the features of the EA you can test it in the strategy tester terminal MT4 in visual mode, also on a demo account. How to get the opportunity to trade on a real account, read here: How to get the key for shareware Advisor. 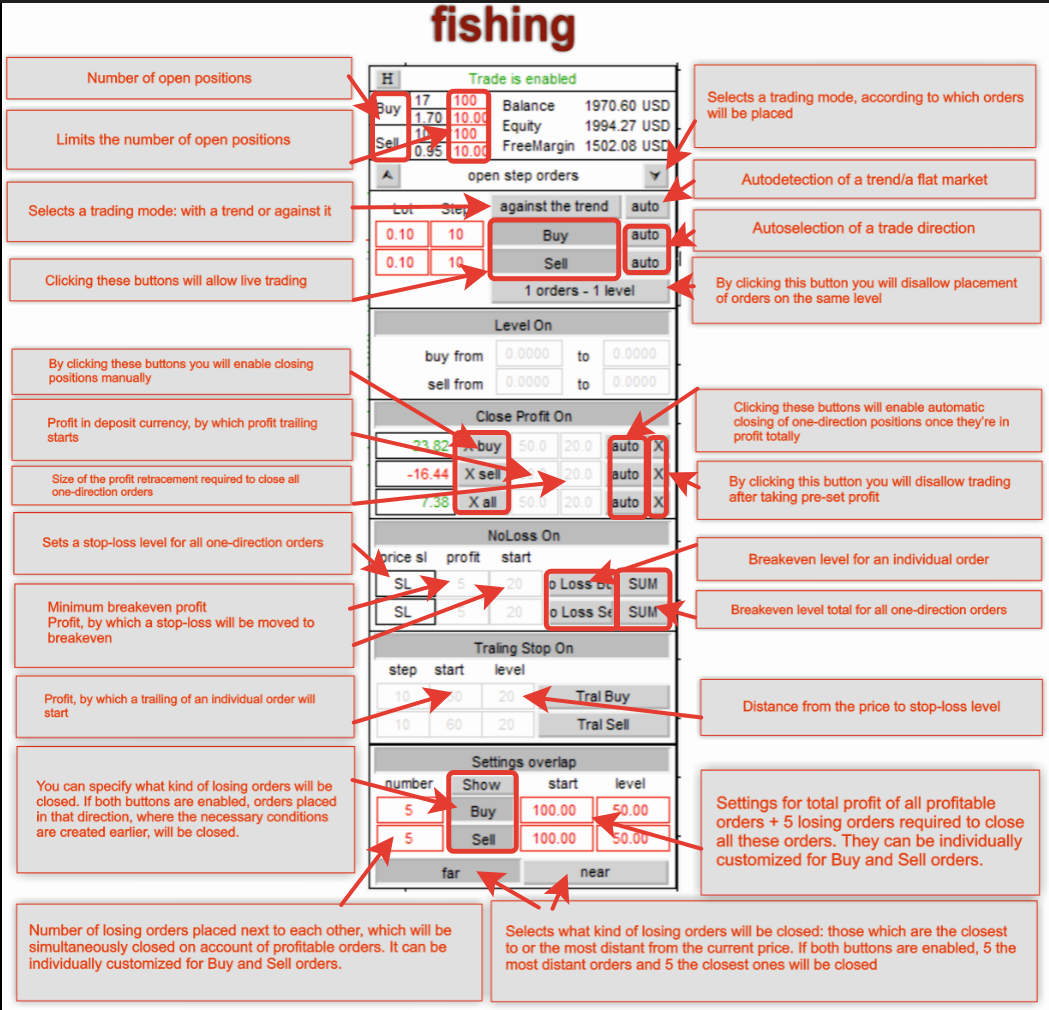 The expert Advisor uses the inverted closure to reduce the cost spread
Some brokers prohibit this and an error occurs when closing 3. The error is not critical because after several attempts the EA will close orders in the usual way (not counter).
To avoid such situations, I added a function that disables the counter-closing.

CloseBy = false;//allow counter closing (overlapping by counter positions).
A more detailed description can be found in the Russian version of the page 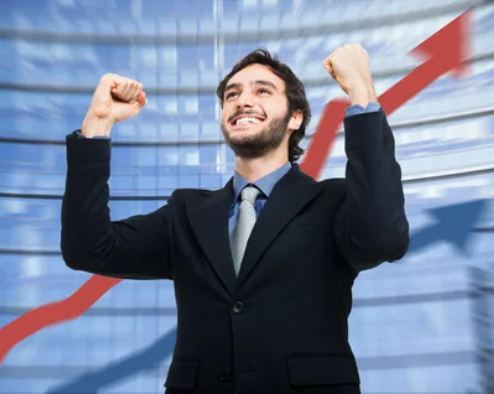 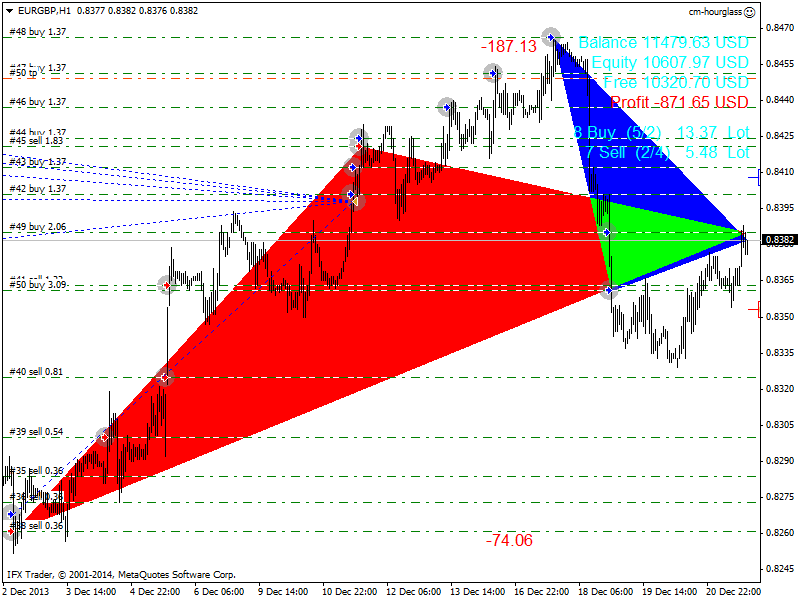 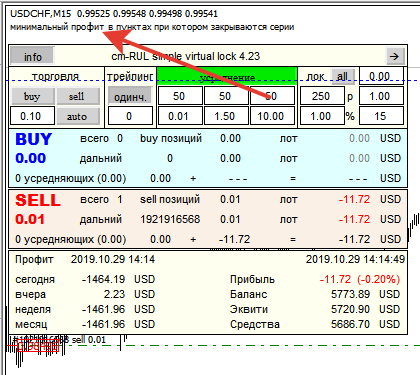